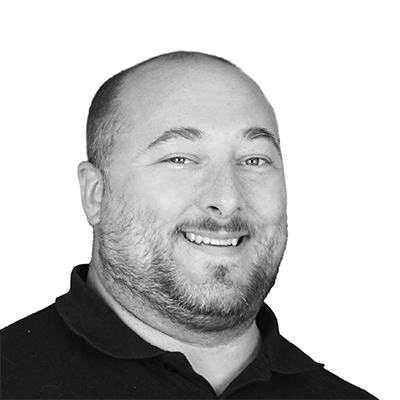 How long have you worked in your role/s?

I joined in November 2020. Since then I’ve worked on a project at The Christie refreshing their cancer pathway management system, written a controlled drugs management system for West Midlands Ambulance Service, built a complex referral form for Salford’s Neurodevelopmental Assessment Pathway, created an Aire Frame implementation for Resolve Residential Family Centre, and am involved in ongoing feature development on our internal Aire Centre system.

What inspired you to work in the tech industry?

I’ve always loved computers, and wrote my first line of code with my dad when I was seven. As I got older I experimented with different kinds of programs and programming languages, and ultimately completed a degree in Computer Science with Artificial Intelligence in 2007. I love the creative aspect of programming, especially being able to see something grow and develop from an initial idea to an application that can be shared with and used by anybody. The little hobby projects I used to make in my spare time were really good fun and so it made sense to go into the tech industry where I could learn more and develop further.

What do you like about working at Aire Logic?

The people and the diversity! Everyone I’ve encountered at Aire Logic is great to be around; they’re open-minded, interesting, intelligent, and good at what they do, and come from all over the world. We have quite a few events each year where the staff can get together in a non-work environment and I always end up learning something new or talking about something interesting.

The work is engaging too. At the last place I worked the developers just churned out the same kind of code day after day and I basically built the same thing all the time with small tweaks. When I moved to Aire Logic I was immediately using new languages and technologies, designing and building a variety of different features in systems with all sorts of different applications. Now every day brings a new challenge and it feels really good to get drawn in by interesting problems.

There are also a variety of opportunities for people who want them. Since joining the company I’ve been trained as a first aider, run BarCamp events, begun mentoring an apprentice, helped to set up an internal training academy, and much more.

What are your skills and expertise?